It was Saturday night 23th May, when I heard a loud bang outside my window. My mind filtered through all the sounds that it could be, none of them registered.

It was very loud but didn’t sound like it came from outside my window. This got me worried, as a sound that loud, to not be close, would mean that something serious must have happened.

I went outside, looked around the house and down my lane to the main road, nothing. Looked up, maybe it was an aircraft, again nothing. The night was calm. It got me wondering was it just my imagination, but I knew that it wasn’t.

Later that night I went to check my emails, no Wi-Fi so I just used my phone data not thinking much about it. Next morning same thing again, no internet. Went to check my hub no signal, and the landline was dead.

So, I rang my phone and internet provider to report the fault.

They informed me that with Covid-19, there were fewer people on the ground, but work would be carried out within 3 days. Then a neighbour told me that on Saturday night, a joyrider had crashed straight into a pole, and the pole was down.

That was the sound I had heard the night before.

The pole in question was a reasonable distance away from the house so it must have been some crash to create the level of sound I heard. It was good to link the two as it had been playing on my mind.

My next thought was the internet engineer. If they came out to fix a fault to find that a pole would have to be replaced first, it would probably delay the job, meaning having no phone or internet for longer.

So, I called up the internet provider to let them know. Long story short it took several phone calls to sort out and a week without internet.

Up until this week, I would class myself as a person that doesn’t use the internet much; it’s only when I went a few days without it did I realise just how much I use it.

The Voice of God

With the time I would usually be browsing the internet, I spent going through old notes and records, which resulted in me discovering some files that I thought were lost. That helped me with the current problem I was having.

A series of events had to happen to lead me to the discovery of the files. A joyrider had to crash into a pole at high speed, meaning that rather than a usual couple of days fixing time, it took a week, long enough for me to find the records.

This, for me, was my prayers being answered.

There is no way I would have went through and tidied up my old files for months, and by that time, the records that I found would no longer have helped.

I found out many years ago that if something goes wrong, if you are slowed down in a certain area not to fight it. Of course, you need to resolve things, but if you find yourself getting stressed or becoming impatient can be a sign to change direction.

Many people would have become stressed over the fact that they had no internet, they would have asked their neighbour to use their internet or for their internet password, but I have learnt that in my life that God can speak through events and people.

Answers to prayers can come in so many different forms; God doesn’t speak to us with a loud booming voice like in the movies, its through subtle messages that most do not pick up on.

I believe that God is speaking to us at all times, but we are too busy to hear the subtle messages. Even the sound of traffic is enough to distract you from hearing Him. That is why moments of silence is vital each day.

Turn off the notifications, the internet, the TV.

Take a deep breathe in…

HOLD the air in your lungs for a couple of seconds…

This simple exercise relaxes the mind and connects us to the world around us, as we can so easily get caught up in negative thoughts. 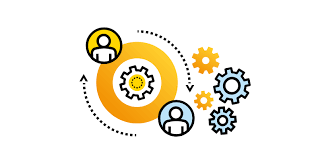 And until we accept that, we’re not ready to go anywhere.

We need to understand that the journey is an important part of the process. It matters to God what you become on the way to where you are going. And following Him in obedience through many unknown, trails, and difficulties is an integral and indispensable part of the preparation.

God uses the journey to teach you faith, refine your character, and equip you for greater challenges that lie ahead. In fact, if you’re in the process of seeking Gods will right now, you’re already fulfilling part of it in your life.

God said, ‘I will instruct you and teach you in the ways you should go.’

Don’t make the mistake of thinking that because you don’t know all you’d like to, you’re not making progress.

Something is happening right now. Your faith is being stretched; your patience is being developed. Your doubts are being confronted and conquered, and your relationship with God is growing deeper. He always prepares us in advance for what He has planned for us.

Yes, the struggle is uncomfortable — but its a necessary part of the process.

Thank God for the way that He uses everything to transform you and deepen your relationship with Him.